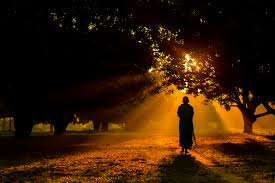 Key Persons and Events on the Origins of Meditation

Meditation has many benefits to human beings who are in search for life’s purpose and meaning. Some people use this as therapy to cure some disease. There are many forms of meditative practice, and each culture has molded it to their own intents and purposes.

The kinds of meditation practiced today help people understand their true nature and discover something that eventually leads to the attainment of an alert yet calm state of mind. Meditation also makes a person aware not only of his own thought processes, but also the means to cultivate peace of mind through self-awareness and spiritual inspiration. In this state, a person can deal with the challenges of daily life more effectively. Today more and more people are seeing the benefits of meditation. They often practice meditation as a way for them to relax and get their minds on a different level.

The proponents of the discipline were seeking a state of full awareness and relaxation. In an attempt to overcome reflexive thinking, they established the holistic practice that helps a person achieve not only spiritual goals but non-spiritual goals as well. Although meditation is now practiced outside the fundamental religious traditions, the different schools of thought share common concepts.

Meditation is a tradition that is believed to be thousands of years old, practiced by hunter-gatherers who lived in cave dwellings. There is no way of knowing for sure what these prehistoric cultures intended to achieve when they assumed the meditative poses immortalized in the cave drawings that were discovered in the Indus River Valley by archeologists. It is also impossible to determine exactly when meditation was first performed. There is also no way to ascertain which cultural group engaged in meditation first, before all the others since it is a practice that is shared by the different cultures of the world. Although this is the case, we know for sure that meditation is very rich. Almost all religion in the world has this practice as part of their teaching.

The Buddha is perhaps the most famous proponents of meditative practice. He lived at around 500 BC and his teachings clearly state the meditation is an important practice to be developed and nurtured. Without Siddhartha Gautama and the ways by which he propose to achieve Enlightenment, meditation might now have developed into what it is today. Buddhist teachings were soon spread out throughout Asia and the rest of the world. Today, Buddhist meditation remains one of the most popular, and along with Hindu-based meditative practices, the most favored in Western cultures.

Meditation used to be exclusively practiced in Eastern cultures. In Asia, mediation was deeply ingrained in religions such as Buddhism and Hinduism. With the existing historical records, it is very clear that Eastern religions adopted meditation and developed it into a formal discipline, which shaped the way that meditation is practiced today. For many centuries, it was developed in countries in Asia such as India, China, and Japan.

Soon enough it crossed the sea into the West in the middle of the 20th century. In the Sixties and Seventies, meditative practices started infiltrating popular culture. It was during this time that studies were conducted on the benefits of meditation to the wellbeing and health of its participants.